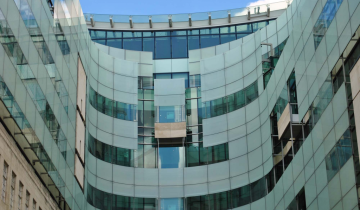 Just weeks after their move, the BBC’s new headquarters in Central London have become infested with mice.

According to an article in the Evening Standard, BBC employees have been told to inform the facilities team as soon as they spot a mouse. Traps and bait have been laid around the building in Portland Place in the hope that it will control the problem, and staff have been told not to leave any food on their desks. Surely hiring a pest control company would be much more effective?

BBC Management have blamed cable ducting for the infestation as the mice would have been able to squeeze through small gaps in the walls. According to the Evening Standard, “BBC journalists have been tweeting about mouse sightings and one rodent in the newsroom was named Entwistle after the former director-general.”

If you’re suffering with a mouse infestation and require mice removal in London or Kent, contact us today on 0800 311 8767.