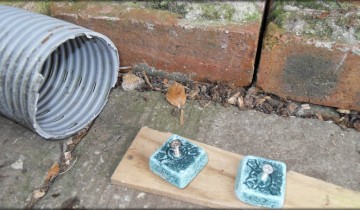 “Our field team witnessed a home where mouse traps covered the kitchen floor…In that same home, a four-year-old was running around and risked getting a finger caught in one of the traps, which could easily break a bone. Too often, homeowners will set off a fogger in the attic, and, meanwhile, be sleeping in the bedroom downstairs, which is a clear indication that they are not following the directions in the fogger manual. When you are dealing with chemicals, you have to treat them that way.”

Over-reaction to a pest control issue can often cause more harm than good, and can become a health hazard for both humans and pets;

“I have walked into the homes of pet owners where rodent baits are set up out in the open,” says Pierce. “Dogs and cats can easily ingest certain types of baits that contain pest control materials and get very sick.”

In January, the EPA announced its intent to prohibit the use of rodent control products in the US with a view to reduce the potential risks to children and pets when misused by people who are untrained.

If you have a pest problem and require pest control in Kent, London or Essex; contact A-Team Pest Control today.