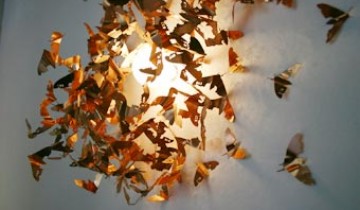 A horticultural official from the Tirunelveli district in India has developed a device that uses light to trap pests.

The ‘Solar Pest Trap’, as the device has been aptly named; was designed as a simple and cost-effective way to reduce the persistent pest attacks faced by local farmers. Despite spraying pesticides on their crops at least once a week, farmers faced a constant battle with flies ravaging the crops.

Mr. Ramesh, a local farmer, has installed three light traps at his two-acre farm with very positive results; “Many pests are caught and changing the position of lights once in a while is even more effective. I used to apply organic pesticides in the farm but I felt no need to spray them after the traps were installed.”

The Solar Pest Trap is also useful as a residential pest control measure, providing a viable solution for mosquito and moth problems.