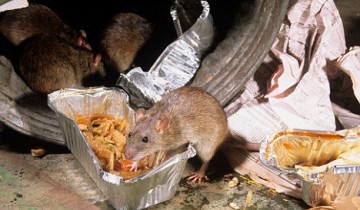 SenesTech, a research company based in Arizona has come up with a plan to administer birth-control drugs to rats in four subway stations across New York City. Funded by a $1.1million grant from the National Institutes of Health, representatives of SenesTech will put the drug inside food and drink scraps in a number of subway rubbish rooms.

“The biggest trick for us is to produce something that is orally active and makes it possible to deliver the drug,” states Dr Loretta Mayer of SenesTech.

Previous tests have been carried out across the city to find out what New York rats like to eat and drink;

“They like lattes, they like Chinese food…People have been making jokes about whether to use pepperoni oil. That is not actually out of the question.”

After previous attempts at pest control using poisoned bait failed, the city decided to embark upon the birth-control plan instead. As female rats can produce a litter of around 12 from as young as 8 weeks old, it is hoped that this plan will help to significantly reduce the number of wild rats in the city.